❯ USN Board Of Directors Representative 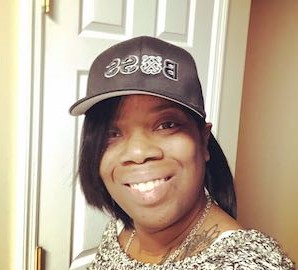 Chief Warrant Officer LaTresha Williams currently serves as SSLA U.S. Navy representative. Her interest in serving on the board was spurred during the 2019 JWLS in Washington, D.C. She has been a member of SSLA for a year.

LaTresha has been around the world, serving on multiple platforms and deployments. She had the honor of commissioning USS Somerset one of three September 11 and serving onboard the second of the three, the USS New York. She has a 13-year-old Siberian Husky named Tacoma that keeps her on her toes. CWO Williams has served for 23 years with a goal of completing 30 years of service.

LaTresha is and will always be a Boatswain Mate even though her current responsibilities has shifted to a more watchful and technically sound focus; she still enjoys training the next generation of Boatswain Mates and her future replacement. She is living proof that all you need to do is give a Sailor one chance to shine and you will not be disappointed.

LaTresha is currently in her junior year at University of West Georgia on a mission to complete her Bachelor’s in organizational leadership, she has a plan to attend Savannah State University for her Master’s in Public Administration. LaTresha has many interests that include riding her GSXR-750, snowboarding, wakeboarding, reading, writing and watching forensic television shows and documentaries. She also enjoys spoiling her three godchildren.

Connect with her at: ssla.usn@gmail.com.