❯ Chairperson of the Board 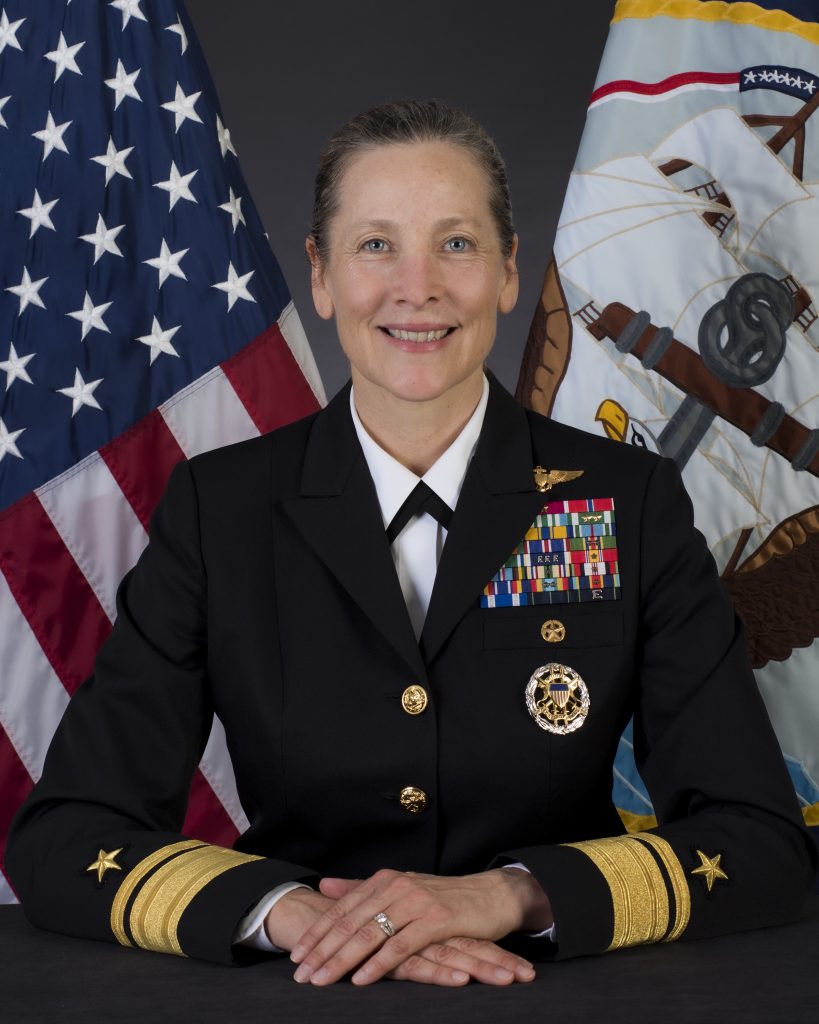 Rear Adm. Shoshana Chatfield is a native of Garden Grove, California, and a 1987 graduate of Boston University with a Bachelor of Arts in International Relations and French Language and Literature.  She received her commission through Naval Reserve Officer Training Corps (NROTC) in 1988 and earned her wings of gold in 1989.  Chatfield was awarded the Navy’s Political/Military (Pol-Mil) Scholarship and attended the Kennedy School of Government, receiving a Master of Public Administration from Harvard University in 1997.  In 2009, the University of San Diego conferred upon her a doctorate of education.

She was assigned to Helicopter Combat Support Squadrons (HC), serving in HC-1, HC-3, HC-5 and twice in HC-11 before making the move to the Helicopter Sea Combat (HSC) community.
Operationally, she flew the SH-3, CH-46D and MH-60S and deployed in helicopter detachments to the Western Pacific and Arabian Gulf supporting carrier strike group and amphibious ready group operations.

Ashore, she participated in the Joint Staff/OSD Internship Program, augmenting the Joint Staff, Plans and Policy (J-5) Directorate, Central & Eastern European Branch; was assigned as deputy executive assistant to the chief of naval operations; was senior military assistant to the supreme allied commander Europe; and was the United States deputy military representative to the NATO Military Committee.

She served as assistant professor of political science at the United States Air Force Academy from 2001-2004.
Chatfield was the 20th commanding officer of HC-5 and, upon its disestablishment, the first commanding officer of HSC-25, the Island Knights.  She subsequently commanded a joint provincial reconstruction team in Farah Province, Afghanistan, in 2008 and was type wing commander of HSC Wing, U.S. Pacific Fleet from 2011-2013.  Most recently, Chatfield commanded Joint Region Marianas from January 2017 to August 2019.