❯ Chair of the Board Emeritus 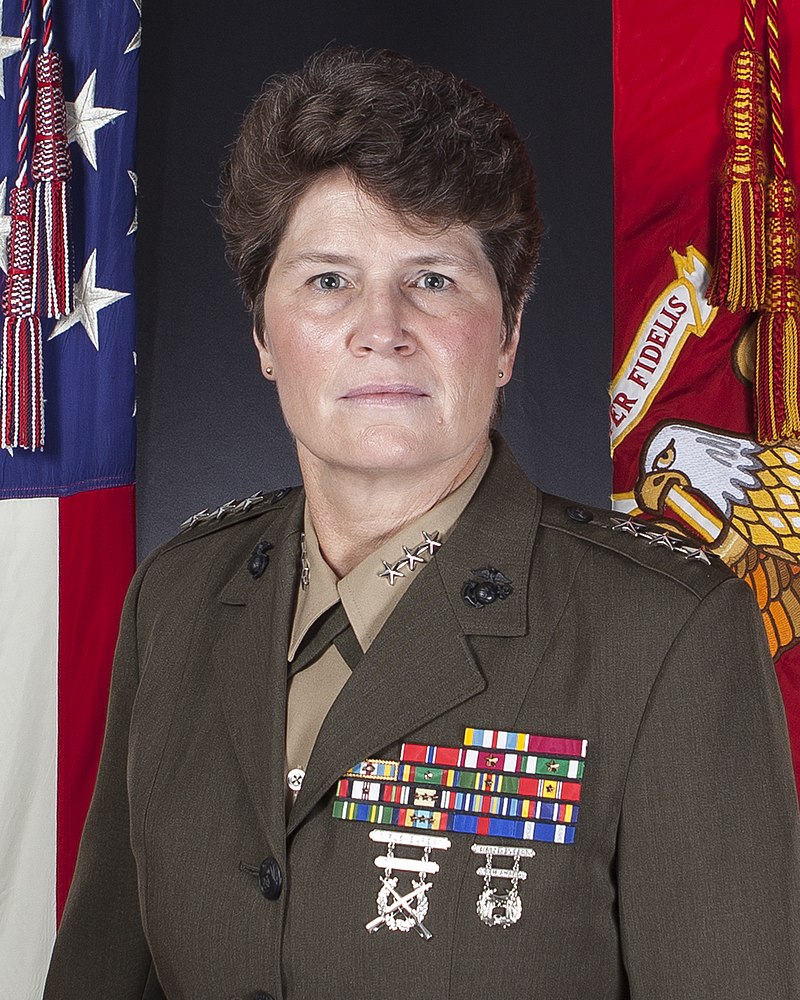 Lieutenant General Lori Reynolds (retired) graduated from the United States Naval Academy in 1986. She was commissioned a 2nd lieutenant in the Marine Corps and assigned as a communications officer. Commands in the operating forces include command as a LtCol of 9th Communication Battalion from 2003-2005 where she deployed the battalion to Fallujah Iraq in support of 1st Marine Expeditionary Force from 2004-2005.

In the supporting establishment, she commanded Recruiting Station Harrisburg, PA, as a major. As a Brigadier General, from 2011-2014, she commanded Marine Corps Recruit Depot/Eastern Recruiting Region Parris Island SC, where she was responsible for recruiting and training 30,000 new Marines a year.

Her staff positions include staff and leadership billets at Marine Corps Systems Command, Headquarters Marine Corps C4 and the Joint Staff J6. From 2014-2015, following her time at Parris Island SC, she served as Principal Director, South and Southeast Asia, Office of Secretary Defense for Policy. From 2015 – 2018, she has commanded the Marine Corps component of United States Cyber Command, Marine Corps Forces Cyberspace Command. Most recently, she served as the Deputy Commandant for Information, US Marine Corps. She retired from active service in July 2021.

Her decorations include the Defense Superior Service Medal, The Legion of Merit, and The Bronze Star Medal.